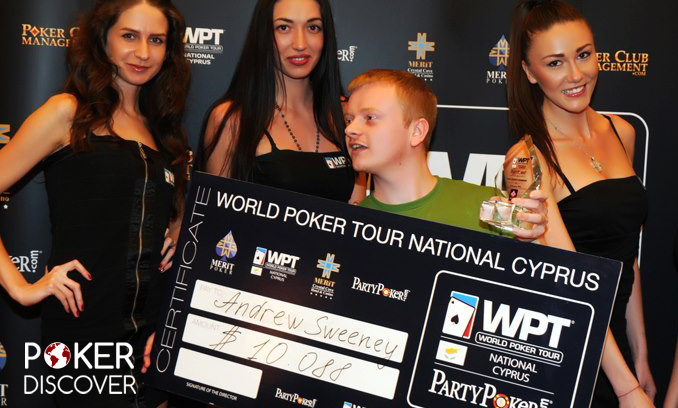 Cyprus is one of the most popular places among Russian-speaking players, and poker abounds there, even considering the fact that in the southern part of the island gambling is prohibited.

Gambling in the south is officially banned, although poker clubs still exist and they are many. Recently, they have been actively closed, and they say that there will be the legalization and the arrival of large investors. However, in the northern part there is a real paradise for poker players: several dozen casinos, many of which have their own poker clubs.

Where to play poker in Cyprus?

The center of Cyprus poker is located in the port town of Kyrenia (Girne), on the northern coast of the island. Here is the Merit Crystal Cove Casino Hotel in which most of the international tournaments are held – World Poker Tour, Merit Mediterranean Poker Cup, Lebanese Poker Tour, Merit Open, etc. – as well as one of the centers of cash games. There is no special Cyprus poker federation, but there are plenty of tournaments held there.

By the way, at the beginning of July 2014 at the stage of WPT National there was set a new record for the number of players in the main event – 343 people.

In addition, in the first half of August in Cyprus the Russian Poker Tour stage (or should we call it Cyprus Poker Tour) will take place for first time (together with the Lebanese-Turkish series of Live Events). The Total Guarantee will be $ 1 000 000, the scene – Noahs Ark Deluxe Hotel & Casino, city of Famagusta on the eastern coast of the island.

The most winning poker player of Merit Crystal Cove is Kirill Rodionov (Belarus), who earned $ 600,000; slightly less than $500,000 in the tournament was won by Alexander Lakhov (Russia).

Playing in the Merit Crystal Cove is generally more expensive than in other poker rooms of the island – from €5/10.

In the southern part of the island, there are no casino hotels, so you have to rent a room somewhere else. Poker clubs in Limassol, Paphos and Larkana are small in size, the standard limit – €1/2. People play there at their own risk, you can easily obtain a conviction, a fine of 2000 euros and blacklist in Europe, as gambling is a criminal offense there.

It is worth playing poker in the capital of Cyprus – Nicosia. The hotel-casino Merit Lefcosia has its own poker club, with rates from € 1/2.

Tournaments in Cyprus are very different, mainly freezeout: from a few dozen to a few hundred euros.

Who plays poker in Cyprus?

In Turkey, gambling is prohibited, so the players and fans have to fly to Cyprus, the Republic of Turkey. In fact, the northern part of the island lives thanks to the gambling industry and subsidies from the “big land”, that’s why the game really lacks here.

Turkish players who come to Cyprus to relax and unwind, are great opponents at the table. And they are the majority in the north.

By the way, if you are thinking of Cyprus, fly first to the southern part (from there you can travel around the island), the relocation from the north to the south is not allowed.But, there is one nuance to the import / export of cash. In the southern part the maximum is 3,000 €, while in the northern – $ 10,000.

There are for about 40 thousand Russians on the island, about 3% of the population. Some poker clubs belong to the Russians. So do not be surprised at “our people” at the table.

In general, Cyprus is a good place both for the regulars looking for weak fields, or more or less high stakes, and for the fans who want to have a rest on the warm sand and at the gaming table. To play poker you should first go to Kyrenia (Girne), and then you can visit the capital; it’s important to buy tickets to one of the southern cities.

Russian speaking people will feel themselves comfortable on the island. No wonder that Cyprus was fancied by such players asSergei Rybachenko, Alexander Hoffmann, Andrew Pateychuk, Ukrainian Alexander Gnatenko and even Arthur Voskanyan.