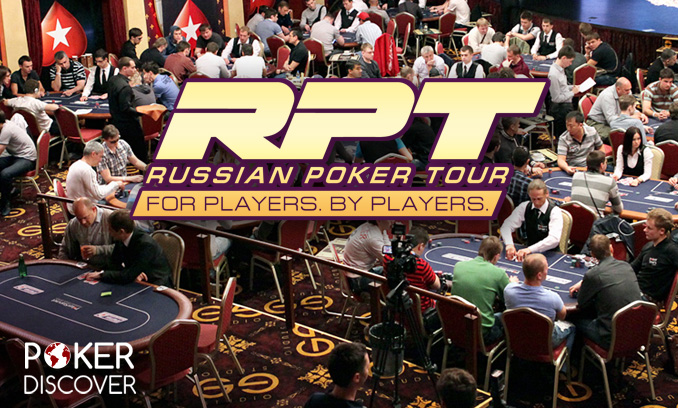 RPT is like a weed: after uprooting it grows again. Recently this cult poker series has celebrated its 50th anniversary. Oh, a lot of things have happened during this time…

It all began in St. Petersburg. Yes, the first stage of Russian Poker Tour took place in the northern capital in the icy winter of 2009. Players were welcomed by real Poker Stars - Vanessa Rousso, Alexander Kravchenko, Ivan Demidov (and not only) – there was big money at stake. Oleg Suntcov then won almost $300,000, everything went like clockwork.

In spring, the second phase of RPT took place in Moscow. The winner of the Main Event was Vitaly Lunkin, one of the Russian poker veterans, he took the biggest jackpot in the history of the series - $ 450,000.

But in the summer as a bolt from the blue poker in Russia suddenly was equated to gambling, so RPT had to find a new home.

The Ukraine hosted Russian Poker Tour mostly often – in Kiev, Odessa, Yalta. With gambling it was not so easy, but poker, oddly enough, is legal there, even cash games are carried out without any problems.

The capital of the Ukraine became a home place for a series long time ago, the Grand Final is traditionally held in Kiev, it is the culmination of the entire season.

RPT has also been to Minsk and Tbilisi. Recently the geography has greatly expanded: Montenegro, Cyprus; RPT “made” new friends - Lebanese Poker Cup and LIVE Events.

In the summer of 2012, the stage of RPT in Odessa was closed by strange "people in plain clothes." And it happened despite all the previously obtained permission – there appeared the so-called external factor, which is not subject to control. It was unpleasant.

Fortunately, such incidents are very rare.

In the winter of 2014 RPT was subjected to the most serious test ever. The anniversary stage had to be in Kiev, but at that time Maidan was raging. The "Khreschatyk" Club was just a couple of houses from the place of wild events. In the end, the stage had to be canceled, the players stuck at the club.

Even in such an extreme situation, organizers were not scared and did everything possible to save their players.

The most famous RPT players

Russian Poker Tour schedule has always been diverse. One can not but like it. Judge for yourself:

Of course, the schedule of each Event is much longer and is often “updated” with new interesting things. At the end of each stage, a traditional Russian Poker Tour party takes place, including famous karaoke battles.

The history of Russian Poker Tour is incredibly saturated, and the significance of a series is incredibly high. It seems that after all the troubles this tour has nothing to be afraid of. And while there is RPT, native poker is in safety.