Global Poker Masters, Day 1: Russia and Ukraine made it to the second round 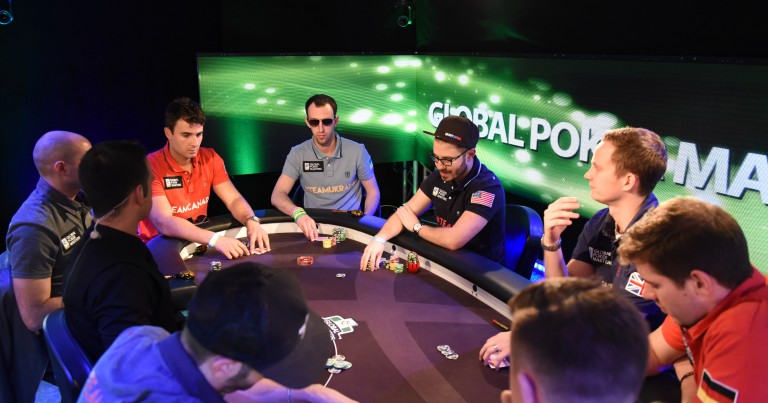 The exhausting first day of Global Poker Masters ended up with the triumphant performance of Team USA, elimination of Team UK and heroic Ukrainians’ run. Today we expect to see the heads up series, 6-max Sit'n'Go and the final battle of two strongest teams.

«The Global Poker Masters is not just another poker event or another Sit-and-Go. It is about skill», – these are GPI Index founder Alex Dreyfus’ words.

Before the competitions started, he had said a lot – and others too, actually. Basically it was all the same: poker must become an international sport; money shouldn’t be the primary concern and so on.

After that there was a continuous discussion of Global Poker Masters rules in Portomaso casino, which are, to tell you the truth, extremely complicated. We won’t give you their detailed description, the only thing you need to know is that there were five simultaneously played 8-max SNG tournaments in the first round (all the 40 players took part at once). It was 5 heats in total, the players sometimes were moved to the main table. 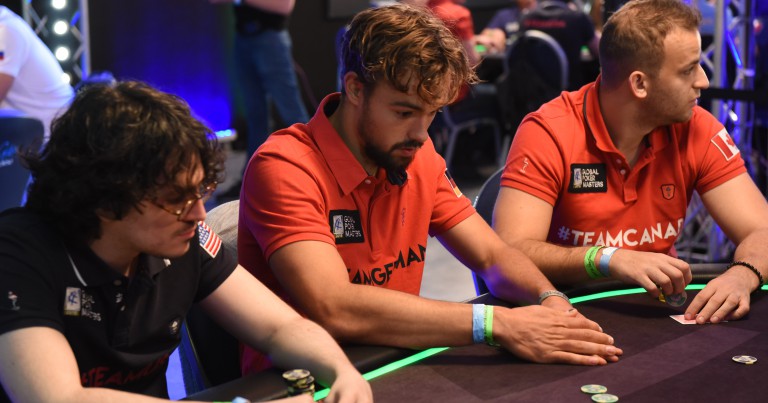 So, here are the results of Day 1:

Americans, having collected the most points, advanced straight through to the semi-finals, skipping one playing stage. Team UK, according to the competition rules, was eliminated; they collected the least of all points.

After the first heat it was Italians and Russians who made it to the leading places. As the competition went on the leaders were changing pretty often, there were a few definite tendencies. One of them is the horrible Ukrainians’ performance at the first half of the game and an awful in general Team UK performance.

After the third heat Ukrainians were at the bottom of tournament rank list, which according to the bookmakers was foreseen. However, during the fourth heat Team Ukraine showed how to play poker. Oleksandr Gnatenko and Eugene Katchalov won their tournaments, Igor Yaroshevsky took the second place and Oleksii Khoroshenin – the third; 24,000 points in total.

Not a single team made such an upstreak, even Americans.

Watch the continuation of Global Poker Masters today, right away to be exact on Twitch channel. You can find Day 1 Live records here.