Five best poker movies you have to watch! 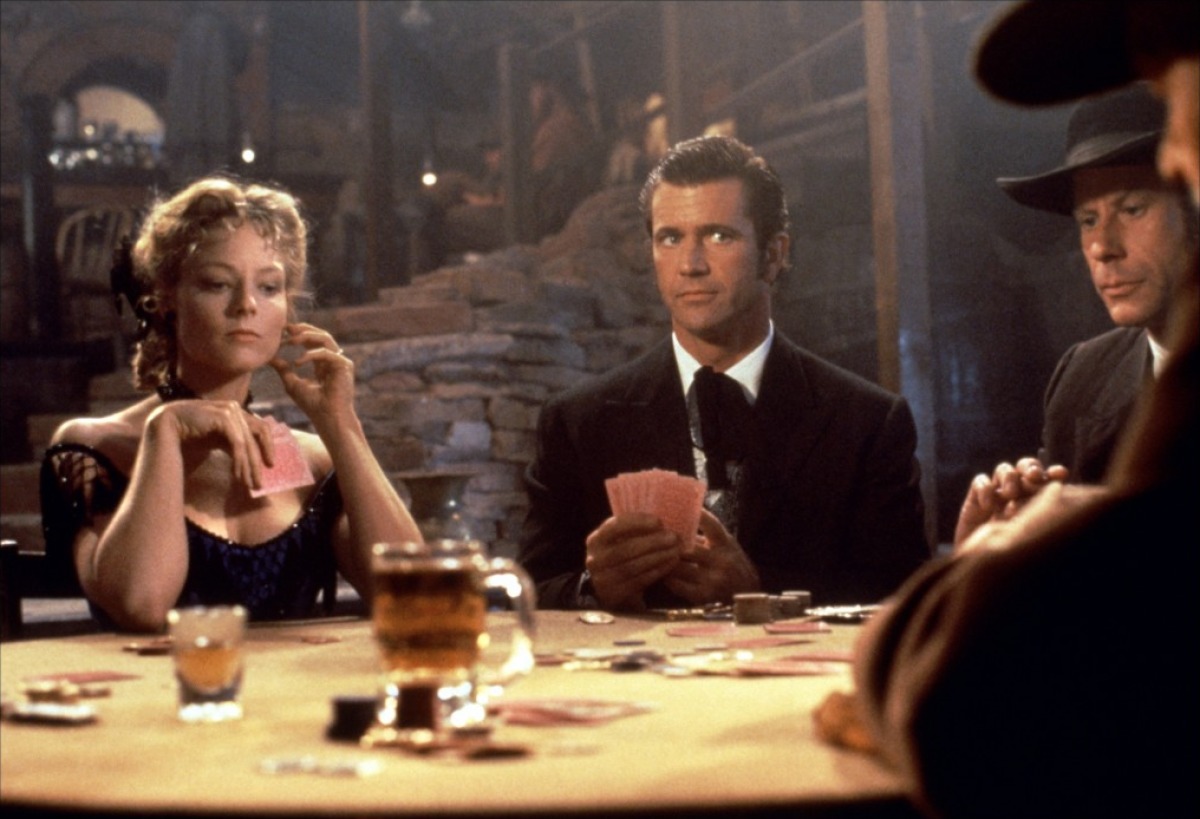 Poker is an inalienable part of US culture. It has always attracted attention of Hollywood movie gang. The game and people in it are everlasting source for plot twists. In most movies poker is the game which is almost similar to all other gambling activities. The basis of this movies are card fraudsters, cheating and luck. This adds action to the movies, what moves these films. What attracts viewers the most is poker psychology. Mind battles, “poker faces”, strong and extraordinary personalities at poker tables and outside if them – those things are well presented in these pictures. Movies about poker aren’t some educational videos, they show people who gamble and gambling in those people.
We at PokerDiscover have selected TOP-5 movies about poker. After watching these pictures you won’t become a better poker players, but will be presented with strong emotions!
1. " Maverick " -1994 movie directed by Richard Donner starring spectacular Mel Gibson as the hero of the same name
This comedy western movies got box office of four times exceeding its budget and receive Oscars for the best costume design. This movie’s motto is “In their hands, a deck of cards was the only thing more dangerous than a gun”.
Movie has a wonderful atmosphere of 19th century USA. Costumes and interiors help with that a lot. The main hero of the movies is Bret Maverick, a professional poker player. He wants to take part in Reck Championships of poker but is three thousand dollars short. The first half of the movies is dedicated to Bret finding the missing amount. While travelling, he gets joined by a beautiful scam artist Annabelle Bransford and Marshal Zane Cooper. Action is full of comic situations.
The second part of the movie is about the Poker Championship which takes place on a cruise ship in St. Louis. The participants compete in 5-card draw. Maverick shows his observation skills and luck here. An absolute must watch! You won’t get disappointed in the end.
2. " The Cincinnati Kid” – the oldest movie of our rating was directed in 1965 by  Norman Jewison
Poker is the atop of the corner in this movie. The main protagonist of the picture is Erik Stoner aka “The Cincinnati Kid”. He was impersonated brilliantly by Steve McQueen. In times of the Great Depression Erik wanted to become the best poker player. To do this, he challenged an unbeaten Lancey “Man” Howard.
They play 5-card stud in the movie. The picture is interesting due to the rivalry of the main heroes. It is entertaining to watch both of these players. Each of them uses an opposing strategy to the one of his opponent.
3. " Rounders" 1998 movie by the director John Dahl
The success of this movie was provided with star actors and nice twisted plot. Mike McDermott (Matt Damon) studies to become a lawyer and dreams of pro poker layer career. Lester Murphy (Edward Norton) is a fraudster with tons of debt.
McDermott’s attempt to save his friend is the basis of the plot of the picture. Mike will manage to pull it all off and go to World Series of Poker in Las Vegas.
We should also mention the main villain of the movie – a criminal agent Teddy KGB. He was brilliantly portrayed by John Malkovich. He and Mike McDermott will be the participants of the main poker moments of the movie.
In one of the episodes of the movie, Johnny Chen played himself. He did it for his daughter who wanted to meet Damon very much. Matt’s protagonist quotes Doyle Brunson’s “Super System” and saves money in the book – he takes them at one of the moments.
4. " Mississippi Grind” - 2015 movie from Anna Boden and Ryan Fleck
Main protagonists of the picture are Gerry (ben Mendelson) and Curtis (Ryan Reynolds) are very different from each other. They accidentally meet in the casino. Gerry is an experienced talented player who has problems with self-control. He lost his family and got himself tons of debt. Curtis is a young player who is full of hope for future winnings.
Gerry convinces his new friend to have a voyage on small clubs down Mississippi river. The goal of their trip is to win the amount needed to participate in a big game. Gerry is certain Curtis will bring him luck.
The movie was unnoticed by the viewers despite having a nice rating. It has 90% rating at Rotten Tomatoes Based on 97 reviews.
5. “Owning Mahowny” – directed by Richard Kwietniowski
This movie went on screen back in 2003. The plot of the picture isn’t directly connected with poker. But we couldn’t leave this one unnoticed. This is the picture that shows what gambling addiction might bring you to. This movies is a warning for those who are weak and seeks easy money in poker. You can’t rely on pure luck!
The picture tells of the real story of an ordinary Canadian bank worker named Dan Mahowny (Philip Seimur Hoffman). He had a nice job with career growth perspective and loving girlfriend.
But Dan lived a double life. He has spent weekends in the casino where he lost all his money. Then he started to lose the money of the bank he worked in. To know how this story ends, watch “Owning Mahowny”
These are just some poker movies that are a must watch for those who love this game. Had you missed a movie of this list, don’t hesitate to watch it. It will give you insights on the poker world and people that live in it.