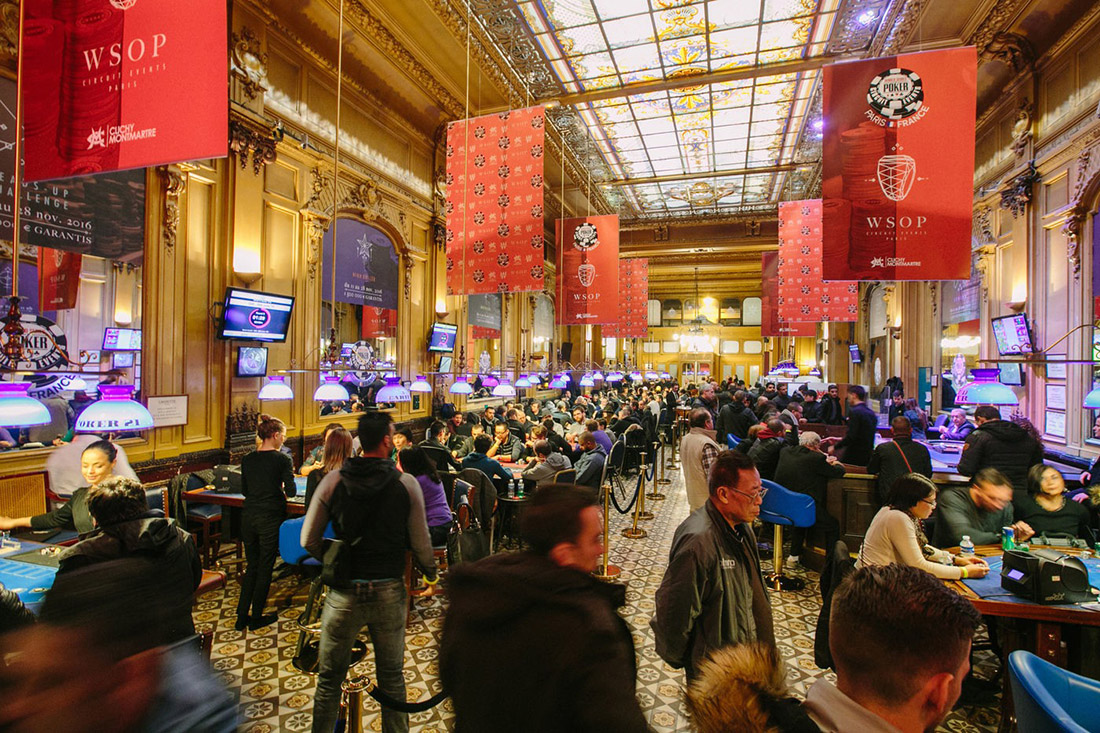 Live poker in Paris is in crisis. Last week the last of the poker clubs at the capital of France - Clichy-Montmartre – was shut down. What was Clichy-Montmartre famous for and why the biggest club in Europe stopped its operational activity as well as when it is going to host new visitors – let’s try to find the answers to those questions together with PokerDiscover.

Clichy-Montmartre History: the brothel, the pigeon shooting range, the restaurant and the billiard club

The European poker community was shocked by the news that on September, 26th Clichy-Montmartre, the last live poker club in Paris was shut down. The size of this club fascinated not just poker fans but also common tourists. Grand main hall with molding décor styled for XIX century, Clichy-Montmartre hosted players from all the corners of the world for two centuries. This place had traditions and its own behavior code.

In 1760, Général de la Bouxière founded a brothel – a place for entertainment and lust here. In the middle of XIX century this place was mostly known as the one where people could shoot pigeons. It is hard to believe but this is the place where 300,000 pigeons were killed. In 1901 the restaurant “le Bouillon Duval” which has grown to the biggest restaurant network in pre-WWII France.

In 1947, this place was bought out by Jean Bauchet, who got 7 French billiards tables here and founded billiards academy. In 1983, this place was the set for the movie “Le marginal” starring marvelous Jean-Paul Belmondo. They started to play poker here in 2008. As the game came here, the hall still had its special atmosphere. Glass roof, high ceilings – it is hard to find a more aristocratic place to play poker in the world.

Poker Clichy-Montmartre: 50 Euro entrance fee, 10% rake from the pot and lots and lots of people

During 71 years, Clichy-Montmartre hosted players from all over the world: billiards and then poker players. What was the main poker club of Paris like in 2018:
– 30 cash game tables with stakes of NL50 to NL1000
– Texas Hold’em, Omaha, Dealer Choice, Stud, also casino games;
– annual entry fee – 50 euro – is a daytime robbery especially regarding the fact poker clubs of Vegas, Macau, Barcelona and other cities have free membership;
– 10% pot rake (at the lowest stakes) – so many regulars looked down at Paris as an alternative for other poker cities.


The first call for Clichy-Montmartre was in Summer 2018 when the authorities suspected the club in money laundering of the amount of 10 million Euros. In September, the club published the ads on the tournament in social media, but the players couldn’t register in it as the doors of the club were closed in the designated hour. The representatives of Clichy-Montmartre announced that the club is temporarily shut down for 48 hours and now we realize that the club may be shut down forever. At least, the representatives of Clichy-Montmartre claimed via Facebook that they’ll make everything they can to quickly renew the clubs operations. Also mass media had the info about Clichy-Montmartre re-opening happening no sooner than in January 2019. One of the version of why the club is being shut down is money laundering accusations.

As for now, if you have Clichy-Montmartre or loyalty points here, they could be exchanged for money up to October, 13 2018. Let’s hope soon those who live in and visit Paris will have an opportunity to play at the legendary Clichy-Montmartre.