Hard life of the poker dealer, or why the croupier is always a faggot 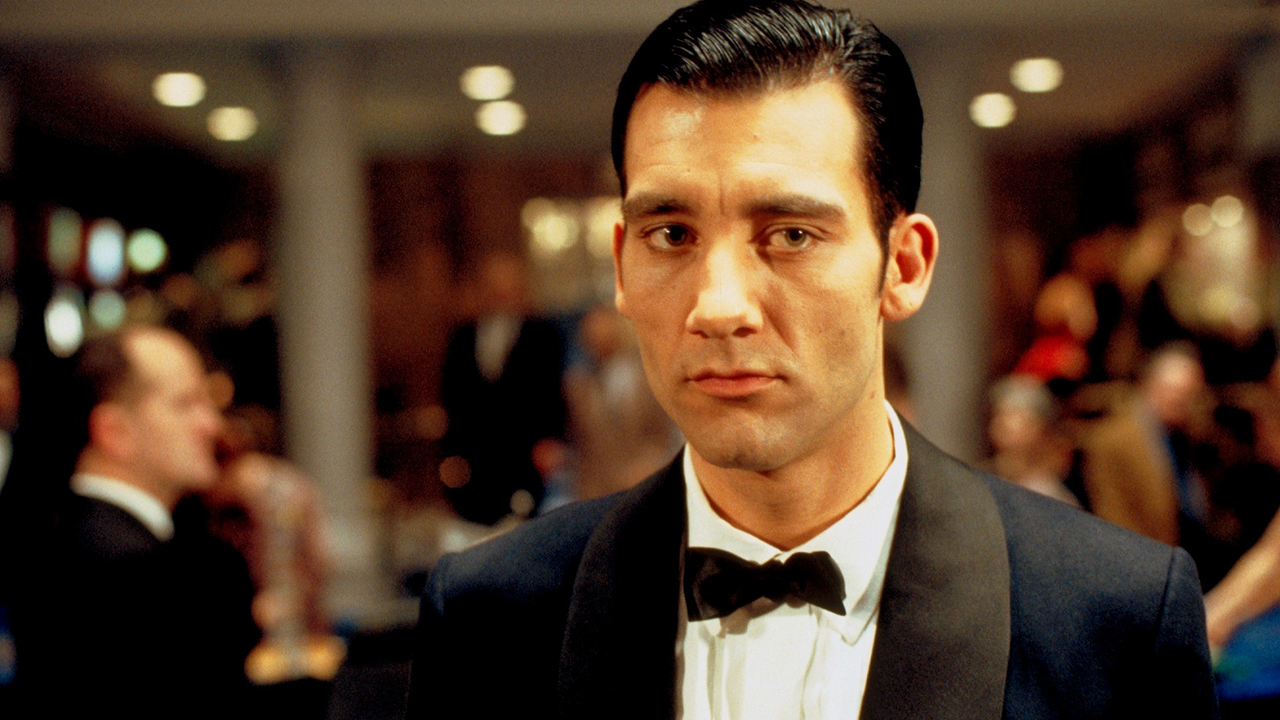 Once you get to the casino, you stay there for at least several years. The dealer’s job is attractive and exhausting at the same time. Many people become the hostages of high salaries and their habits. You have to earn 10-15 hours a day but it is easy to adjust in some time. You’ve got to make no mistakes to avoid getting hit in the face by a tattooed fist, a pack of chips or getting shot by a traumatic gun.

We wanted to get a little information about the life of poker dealers in various countries. How do dealers work in the heart of the cards world – Las Vegas, at WSOP. And how do they feel themselves in the other corner of the Earth – at underground clubs of Russia and Ukraine. Are there any differences (you bet there are!) and what are they?

“The player wins – the player is a pro, the player loses – the dealer is a faggot”

This headline is the essence of work of almost any croupier. Dealers are staff service, just like waitresses, cleaners, barmen and others, and their main task is to please the clients. Yep, that is a ruthless truth and you can do nothing about it.

This is fair not only for underground casino where it works 100% but also for World Series of Poker:

“When the stacks are bigger, the levels last longer, the structure is slower and the salary of the dealer is MUCH lower. So all the changes in favor of the players hurt us financially. The logic has to be the following – the more you work, the more you get, but it isn’t so in reality. In time the number of good dealers decreases. We want players to realize that, but it is profitable for the casino to exploit their workers and please the clients, not to care about well-being of the both categories,” tells a dealers with the experience of working at WSOP.

3% of prize fund of World Series is what personnel gets. 70% of this 3% goes to dealers and 30% goes to the floor managers. Floor managers also get solid wage while croupier gets minimal wage. As fair as that.

If we don’t speak about finances, at the big series dealers have comfortable conditions. The work is hard but not dangerous.

One Russian who worked in one of the casinos of Atlantic City tells this: “We were respected, people knew our names, American casinos are different to any other casino in the world, we were equals to players. I learned how to make rude people blush at the tables. There were very few of them. Russian are the most rude in public, and they change as well”.

It is not like that at all at the underground world.

“We usually don’t have any rumbles in the facility, but some accidents happen as players threw hookahs at the dealer or shot them with a traumatic gun just because he dealt the card, which took away the victory from inadequate player”, tells one of the dealers of underground poker room in Vladivostok.

Players throw chips, hookahs and everything they can reach for. It is usually something light, sometimes, though, heavy things fly to the dealers.

Have you ever thought about what dealers do between the shifts? That’s right, they are having rest at a special room for personnel. At least they did saw at one the casinos before gambling was prohibited in Russia.

As one of the dealers tells, the sleep was strictly prohibited:

“The camera in the corner never allowed us to forget about “sleeping fee” (of 500-1500 rubles). Many dealers did sleep in different positions. Someone was “reading a book”, the others “were sewing buttons to the uniform”, sitting face away from the camera. It took a great skill to have a 5-minute nap and not get caught”.

Almost entire personnel had to drink. “For good luck”, they said, but that really was o get going. Coca-cola mixed with vodka wasn’t rare as the casino management approved drinking alcohol. We are now talking of Russian poker where the dealer participates in the game. When the table is losing (or worse, the whole hall) – there was a real drunk party in the backstage.

It helped. Profit always came back.

One of the main differences between dealers work in the underground and in the open is in his duty on the shift. For instance, the poker room - flat in Vladivostok we’ve mentioned earlier, was run by the manager with one helper:

“He was exchanging money for chips and chips for money and decided controversial moments where he dealer couldn’t make a decision. The managers also took care of organizational matters, such as rent, bar supply and salaries payment. Manage had an administrator who helped him and replaced in certain cases, barmen who served the clients and did the cleaning and us, dealers”.

The work of the underground facility personnel can be described in a single phrase:

The dealer, for instance, prepares the table, the equipment, looks at the cards or table defects, counts the fees, and decides some questions and so on. This is the universal soldier who is able to replace two or three croupiers in usual casinos or poker rooms.

They work with immense intensity in illegal facilities:

“My record is 19 hours of almost non-stop work being alone, 3 hours of sleep at the workplace and a new shift. In these busy days croupier usually earns a 5-digit amount (of rubles)”. 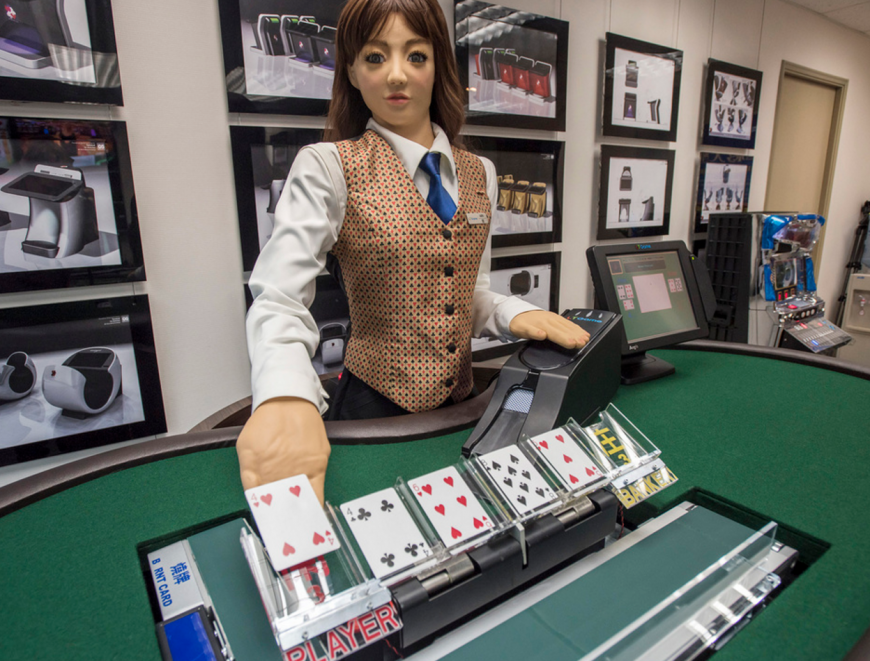 Money is the key thing

Are there any differences in salaries of dealers in the USA and Russia? Certainly

Here is how much the dealer earns for working at the World Series:

“Total salary is around $15k with 12k remaining after paying taxes, minus spending - $10k total. This is the amount I take home with me. Many people know that dealers specially come to Vegas at WSOP, rent the house, the car and so on.”

A good dealer is able to earn up to $20,000 during World Series, but the experienced dealers usually work at smaller clubs:

“I earned 130k per year by working at circuit events: WPO, WSOP, Four Queens, LAC and others. Really good croupiers come to work at small clubs as it is not profitable for them to work at the big series. They earn 3-4 timed more at smaller clubs and have medical insurance and other benefits”.

Those amounts are a far away dreams to common dealers in Russia and Ukraine. Especially for those working legally. Here are the HeadHunters offers:

“An experienced dealer in the popular place being busy for a normal amount of time earn good money – 3-4 times above average salary in the region” – say people in Vladivostok.

Wherever you play, remember that the dealer is your best friend. Don’t underestimate him and don’t treat him like he’s your servant. Just like pedestrians are full-scale traffic participants, not just moving obstacles.

All poker clubs in Russia